Mystery of galaxy’s missing dark matter solved. (And it involves a thief.) 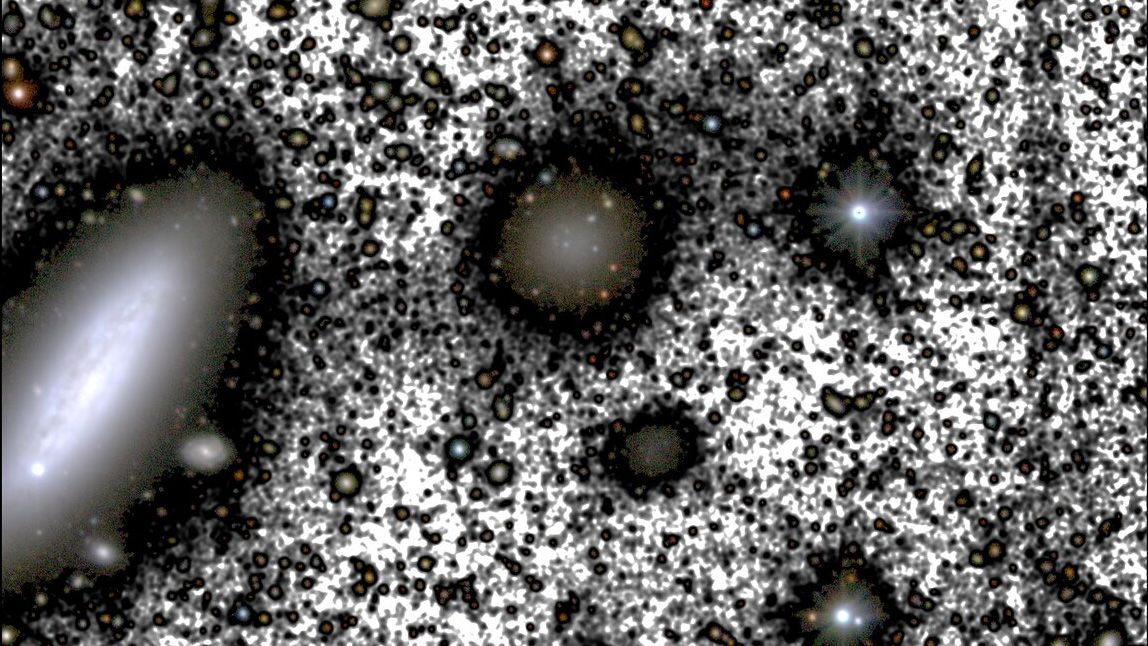 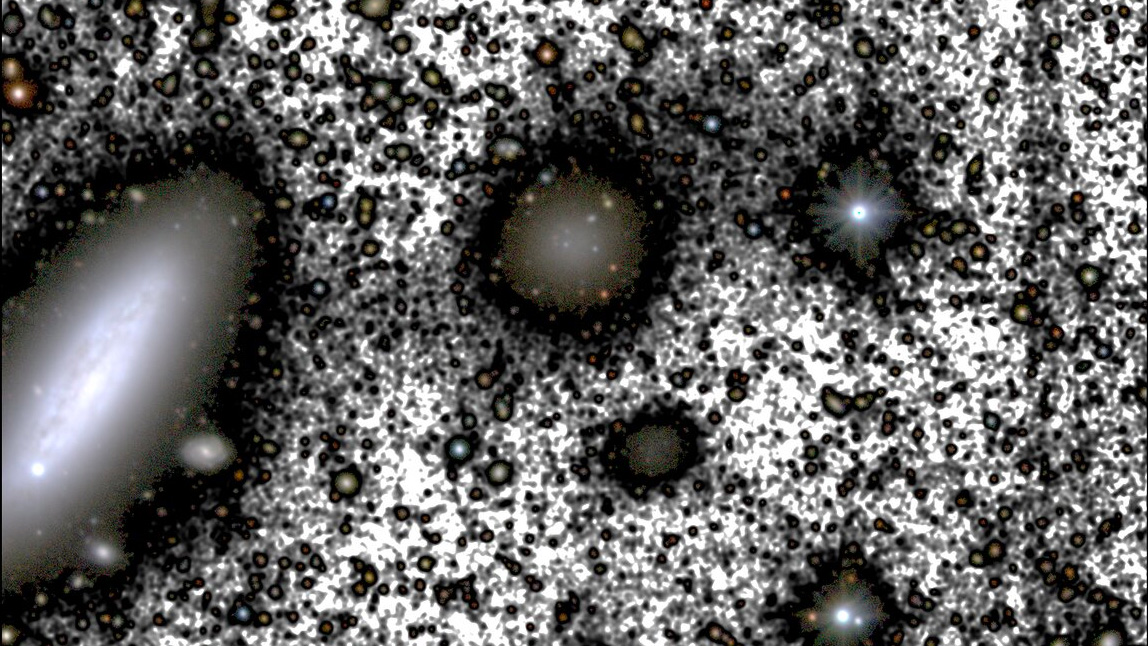 A small, mysterious galaxy 44 million light-years away is finally yielding up its secrets. Revealed last year to have a shockingly low amount of dark matter, the galaxy NGC 1052-DF4 posed a significant challenge to our models of galaxy formation.

Those models yet live another day. According to new research, NGC 1052-DF4 is indeed lacking in dark matter – but only because another nearby galaxy nicked it.

“The dark matter isn’t there because it’s already been removed,” said astrophysicist Mireia Montes of the University of New South Wales in Australia and the Space Telescope Science Institute.

“We found that the gravitational pull from the nearby massive galaxy NGC1035 is removing its stars – and dark matter.”

The discovery of NGC 1052-DF4 (or DF4 for short) was announced last year, and it was immediately a dilly of an astronomical pickle. It was the second galaxy of its type – a faint, ultra-diffuse galaxy, or UDF – to be found seriously dark-matter depleted. The first was NGC 1052-DF2 (DF2), and DF4 represented a confirmation that galaxies with insufficient dark matter could exist.

The problem was that, according to our current models, dark matter is necessary for galaxies to form in the first place.

We don’t know what dark matter is, and we can’t detect it directly, but we do know that most galaxies have way more gravity than their normal, detectable matter could create. There’s some hidden mass in the Universe creating that extra pull, and without it, according to our understanding of galaxy formation, there wouldn’t be enough gravity for matter to collapse down to form baby galaxies.

The matter seemed to draw close to a resolution when a team of astrophysicists found that DF2 was actually a lot closer to us than first thought. That meant it has much less mass than initial calculations suggested, and the proportion of normal matter was much lower. Once calculations based on the revised distance were completed, DF2 had a pretty normal amount of dark matter.

Then they focused their attention on DF4. It, too, seemed to be much closer… but something was still not quite right. The velocities of clusters of stars inside the galaxy were still suggesting that there was much less dark matter than there should have been.

The faint galaxy is very hard to see, so Montes and her colleagues booked time on some of the world’s most powerful telescopes to see if they could figure out why.

Using the IAC80 Telescope, the Gran Telescopio Canarias, and the Hubble Space Telescope, they detected stars being pulled out of DF4, consistent with an interaction with the much larger spiral galaxy NGC 1035. This process, whereby a larger body gravitationally “disrupts” a smaller one, is known as tidal disruption.

“Initial papers showed that the galaxy has a very ‘relaxed’ symmetrical shape, suggesting that no outside forces were perturbing it,” Montes said.

“But our deep images show that this galaxy is in fact being affected by its neighbour galaxy – it’s just caught in the beginning of the interaction. The inner part of the galaxy keeps its shape, but the outer, fainter parts are where you see these ‘tidal tails’: stars that have been already separated from the galaxy.”

Since dark matter surrounds galaxies in a large halo, this tidal stripping would remove most of the smaller galaxy’s dark matter before affecting the stars, Montes noted. Stars only start to be stripped once the dark matter content falls below 10 to 15 percent of the galaxy’s total mass.

Because dark matter is basically the gravitational glue that holds galaxies together, this also means that DF4’s time in this Universe is limited.

“With time,” said astrophysicist Ignacio Trujillo of the Instituto de Astrofísica de Canarias, “NGC1052-DF4 will be cannibalised by the large system around NGC1035, with at least some of their stars floating free in deep space.”

But at least we don’t have to go back to the drawing board on galaxy formation.

The research has been published in The Astrophysical Journal.

This article was originally published by ScienceAlert. Read the original article here.

Mack Gloomblade
Facebook
Twitter
Pinterest
WhatsApp
Previous articleDolly Parton Admits She’s ‘Sick’ Of Husband Carl Dean After 54 Years Of Marriage: ‘I’m Sure He’s Sick of Me’
Next articleSee what he did there? @redsteeze gives props to WaPo for this ‘undeniably true headline’ about Joe Biden’s admin (but there’s a catch)